Heads Up: Tweetline has now been released in Cydia and is ready for installation. If you are having crash issues while asking Siri for your Twitter mentions then do a reboot and it should work temporarily. The dev (@rud0lf77) has also tipped us that he has found the problem that causes the crash and he will be fixing it shortly!

The latest Siri tweak known as TweetLine was slowly becoming more and more popular and users everywhere wanted to see more functionality in it, so the developer @rud0lf77 went ahead and made a major upgrade to the tweak. He still names it as beta because more functions will be added sooner or later.

In the original version of the tweak we could only ask Siri to load tweets, which she did, but only 5 tweets at a time. Now, in this update we can actually set the tweet count to whatever number we feel like. By just saying “Set tweets to [number]“. END_OF_DOCUMENT_TOKEN_TO_BE_REPLACED

In one of our previous posts we told you about TweetLine by @rud0lf77, a Cydia tweak which allows you to load your Twitter timeline by simply asking Siri to do it. The tweak is now live and you can download it for free under the ModMyi Cydia repo.
You should also know that Tweetline is a plugin to AssistantExtensions.

As of now you can only load the top 5 tweets of your timeline. But the developer already confirmed that the next version of his tweak has already been sent to ModMyi for approval. The next version will add support for mentions. He also plans to add more features in future updates. END_OF_DOCUMENT_TOKEN_TO_BE_REPLACED

As we all know, Siri, our virtual assistant and friend, is restricted to only three languages as of now because it is still in it’s beta stage. This is a bit disappointing for people across the globe who either have problems speaking in English or have a heavy accent.
So today the Chinese Tech website DoNews claims that an Apple Engineer has tipped them that Siri will start speaking Chinese by next month as the Chinese version of Siri is already undergoing internal testing.

END_OF_DOCUMENT_TOKEN_TO_BE_REPLACED

We all know that Siri is available exclusively on the iPhone 4S. There were a lot of speculations why Apple didn’t release it for the iPhone 4 as well, because as we can see with Spire, it works perfectly fine. CNET now reported that the A5 processor used in the iPhone 4S contains a special noise-reduction circuitry: 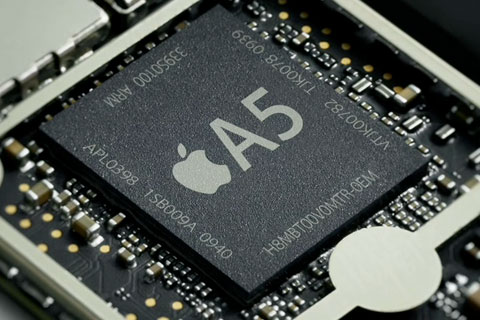 END_OF_DOCUMENT_TOKEN_TO_BE_REPLACED

The following Firmwares are suppported: END_OF_DOCUMENT_TOKEN_TO_BE_REPLACED