Right before @ReagentX and @ChristopoulosZ were about to release their next version of SiriN1ght (which should have finally been able to connect to Apple’s servers), they got a cease and desist letter from Apple. This means they will most likely stop the developement of SiriN1ght.

“Goodbye SiriN1ght… It was nice knowing you…”

“Sorry for the sad news, but Apple has send @ReagentX and I both a cease and desist letter to stop SiriN1ght.”

END_OF_DOCUMENT_TOKEN_TO_BE_REPLACED

@ReagentX and @ChristopoulosZ uploaded a video showing an iPhone 3GS with a fully working Siri Port on it.

We now also have confirmation that SiriN1ght beta 4 will be a full Siri Port with server connectivity.

“Guys, the current version of SiriN1ght will NOT auth. When we release b4, you will be able too.” - ReagentX END_OF_DOCUMENT_TOKEN_TO_BE_REPLACED

@ReagentX recently announced that he and @ChristopoulosZ managed to get SiriN1ght to authenticate with Apple’s Servers.

“And we have a working Siri port y’all.” - ReagentX

One of the problems they are dealing with right now is that Siri sends your contact information to Apple (through @ChristopoulosZ’s server) the first time you connect. To make sure to protect the people’s privacy, they won’t release their port until this issue has been resolved. END_OF_DOCUMENT_TOKEN_TO_BE_REPLACED 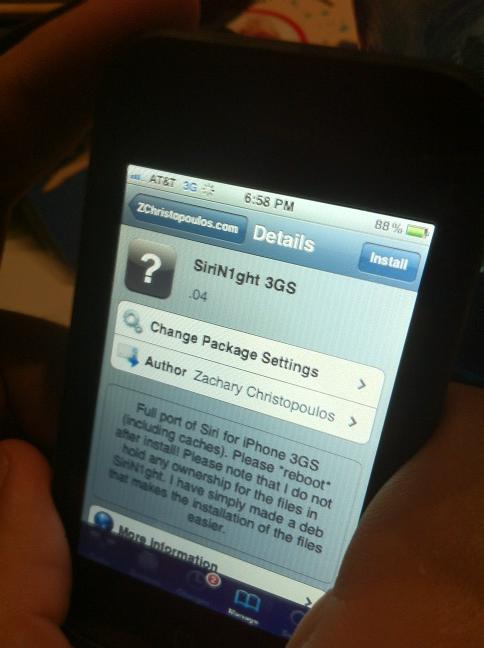 Last night @ReagentX tweeted that they are currently testing SiriN1ght beta 4. It is currently only available to selected beta testers. Once the testing is done, they will release it to the public.

SiriN1ght beta 4 should fix the bugs people had with older versions.

@ChristopoulosZ, developer of SiriN1ght, recently announced that he will soon release SiriN1ght Beta 4. The Update will improve SiriN1ght’s stability and add the ability to uninstall it.

You will be able to download SiriN1ght b4 through his repo (http://cydia.zchristopoulos.com/)  as soon as it’s available.

Will be changing the Siri files in SiriN1ght b4 for added stability. Keep your eyes open for an update!

Uninstall option will also be in b4 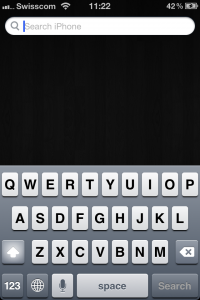 Two days ago, SiriN1ght b3 was released to fix various issues with iMessage and video recording.

Some people now noticed a new bug: The keyboard doesn’t work anymore. The reason being is that because the Siri files are so big, some keyboards are removed upon installation.

This issue should be fixed in SiriN1ght beta 4 or in the final release of SiriN1ght.