When Apple introduced Siri, she only had one logo: “The mic”. Recently, after the A5 jailbreak was released a plethora of tweaks have come to customize Siri as well as to enhance its functionality. But there was one thing missing, a way to change the Siri mic! Well, now a new tweak called Siri Glowing Apple allows you to do just that. It allows you to change Siri’s mic logo to a glowing Apple logo.

Though this package looks simple and easy, it is not. The developer has told us in the description of the tweak that it does not use the .Artwork files, it uses the winterboard’s standard UIImages and Bundles. The benefit of this is that we can use this tweak as a template to build our own custom Siri animations (now isn’t that awesome?). The tweak comes with a document located in the root of each theme color detailing everything. The developer did have some issues while developing the tweak but he overcame them and released it to us.

You can also check out the video below:

If you found Siri Glowing Apple interesting you can download it for $0.99 from Cydia in the ZodTTD & MacCiti repo.

Let me know what you think about this in the comments below.

If you found this post useful hit the +1 (recommend) button.

A few months back we learned how to make Siri conversations on the internet which you could save and upload. But the sad part was that Siri was not able to speak out those conversations. And if someone asked “Hey the picture you uploaded was awesome! Can I do that with Siri as well?” you would have had to tell them that it’s not a real Siri screenshot. Until now.

END_OF_DOCUMENT_TOKEN_TO_BE_REPLACED

Lingual is one of the first AssistantExtension tweaks. Lingual lets you translate text to over 35 languages. It uses Bing’s Translation API and supports the following languages:

END_OF_DOCUMENT_TOKEN_TO_BE_REPLACED 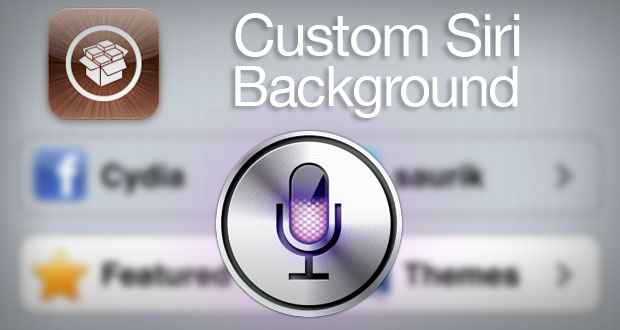 iOS Developer Ori Kadoshi released a Cydia Tweak called “Custom Siri Background” that lets you change Siri’s background. You can choose any background image or use images from your camera roll. END_OF_DOCUMENT_TOKEN_TO_BE_REPLACED

@CodeThemed is working on Lingual, an AssistantExtension plugin that allows you to translate over 30+ languages using Siri. The following languages will be supported: END_OF_DOCUMENT_TOKEN_TO_BE_REPLACED

AssistantExtension by K3A is a new Cydia Tweak that extends Siri’s functionality. It currently allows you to open Apps, send tweets, turn on/off SBSettings toggles, talk with the integrated chatbot and even use Siri to search for videos on YouTube. END_OF_DOCUMENT_TOKEN_TO_BE_REPLACED