DjKira_ released a new Siri tweak called SiriLoveLyrics. SiriLoveLyrics is a new AssistantExtensions (AE) Plugin that allows you to use Siri to get lyrics for your songs. 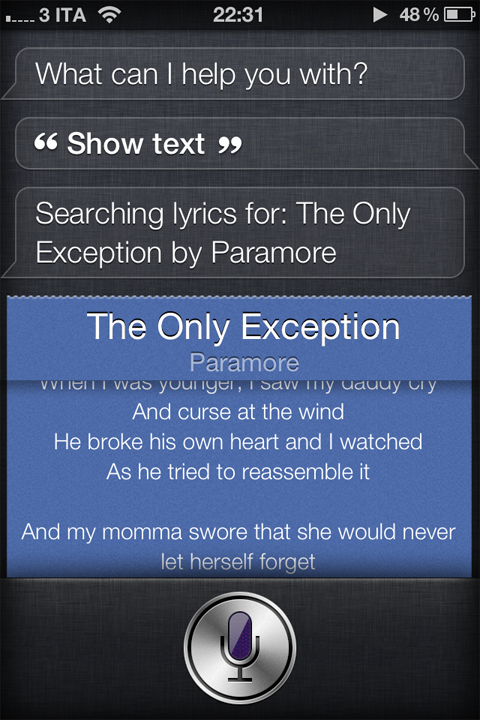 As you can see in the screenshot, the developer added a nice new look to display the lyrics within Siri.

SiriLoveLyrics 1.0.1 is available in Cydia’s ModMyi repo. But there seems to be a problem with the package. The blue title indicates that the tweak isn’t free, but you can’t pay for the tweak, nor can you download it. Hopefully this will get fixed soon.